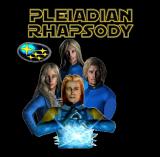 There are additional Queen song titles with a letter removed available.

There are additional Queen song titles with a letter added available.

There are additional Queen song titles with a letter changed available.

There are additional Queen Combined Groups that haven't been done yet available.

"Another One Bites The Dust"
Better Lyrics:
Another one finds my brush.

Another one finds my brush.

Another one finds my brush.

Another one finds my brush.
Original Lyrics:
Another one bites the dust.

Another one bites the dust.

Another one bites the dust.

Hey, I'm gonna get you too.

Another one bites my nuts

Another ones bites my nuts

Another one bites the dust

Another one bites the dust

Another one bites the dust
Submitted by: Ed Ehren
"Bohemian Rhapsody"
Better Lyrics:
["VIOLENCE DOES NOT PAY"]

Mama,
I just kicked a man
Didn't like the words he said,
Put my foot upside his head

But Mama
I've broken all my toes
I wish I hadn't thrown my shoes away...

Mama
I ca-an't walk
Yes, I KNOW it's all my fault,
But why'd ya hafta go and steal my crutches?
Give 'em back, give 'em back!
[Oh, now you've got my walker...!]
Original Lyrics:
Mama,
I just killed a man,
Put a gun against his head,
Pulled my trigger, now he's dead.
Mama,
Life had just begun,
But now I've gone and thrown it all away.

Mama,
Oooh,
Didn't mean to make you cry,
If I'm not back again this time tomorrow,
Carry on, carry on
As if nothing really matters.
Submitted by: hec
There are additional Queen parody fragments available.

"Death On Two Legs"
The song is a vitriolic kiss-off to their first manager, who stole their money. The band had to go to court to get out of their contract with him. They won. On the 1979 live album 'Live Killers!' Freddie Mercury introduces this song by stating that it's 'dedicated to one real m*********** of a gentleman'. Yet on the album ITSELF the word 'm***********' is bleeped out, totally. In 1979 that word wasn't very kosher and it has never been restored on the album. Yet the lyrics do refer to 'kiss my ASS goodbye' or something like that. 'Ass' isn't bleeped out.
Submitted by: 1979 Rock'n'Roller Who Destroys Walls
"Killer Queen"
Banned by the BBC during the Gulf War
Submitted by: Evan
"Flash"
Banned by the BBC during the Gulf War
Submitted by: Evan
""Live Killers (Album)" "
This album has some swear words courtesy of Freddie Mercury but one major stickler is the intro to "Death On Two Legs", which is majorly harsh kiss-off to their first manager, who ripped the band off, stole a lot of money from them, and left them bankrupt and high + dry. Queen had to sue to get out of their contract with him. Fortunately settling the legal and financial mess he left them didn't take too long, it was NOWHERE near the degree of the Beatles' "business shit" that took years to straighten out. Freddie introduces "Death On Two Legs" by saying "This song is about a real MF of a gentleman we all know". Give him hell, Freddie!
Submitted by: Sock It 2 Em, Queen!
"Fat Bottomed Girls/Bicycle Race (Single)"
The common release cover of this single has a pair of panties painted over the girl's originally nude rear end. The music video for the b-side, "Bicycle Race" also has been edited or banned in most countries where music videos are shown, due to featuring 65 naked women riding bicycles.
Submitted by: GlamRockNinjaLord

There are additional Queen Songs That Are Banned available.

"Brighton Rock (live)" Length: 12:13
Submitted by: Evan
"Brighton Rock (live)" Length: 12:13
Submitted by: Evan
"Untitled (a.k.a. Track 13)" Length: 22:32
This was a hidden track from the posthumously released album Made in Heaven. It is officially Queen's longest song, taking up an entire side of the recent vinyl rerelease (until then, it had only appeared on the original CD). It is quite unlike any other Queen song; it is an ambient track, with each minute of the song representing a chapter from Queen's history between 1973 and 1995.
Submitted by: meeseeks
"The Prophet's Song" Length: 8:20
Similar idea to The Beatles 'Fool on the Hill,' but more aggressive lyrics and music.
Submitted by: Robert Ballinger
"The Prophet's Song" Length: 8:21
It's a song about "The Great Flood" and "Noah's Ark".
Submitted by: Rocky Mak

'Nique originally "Queen"
As In Dominique
Submitted by: Rocky

"I'm In Love With My Car"
This song almost didn't make it onto the album because Brian May just couldn't take it seriously (and it is pretty silly, but it's not like Brian never has any fun- he wrote "Fat Bottomed Girls"- so who is he to judge?).
Submitted by: Amanda
"Delilah"
Song about Freddie Mercury's cat. Sample lyrics: "And you make me slightly mad / When you pee all over my Chippendale suite" Brian May makes his guitar say meow.
Submitted by: L
"One Vision"
At the end of the song, they sing "fried chicken" instead of the expected "one vision".
Submitted by: B1982
"Lazin' on a Sunday Afternoon"
For the shortest song on 'A Night at the Opera', Freddie Mercury used the idea of a Music Hall song which is very witty.
Submitted by: Paul Warren

"Yeah/Track 13"
Hidden tracks on the Made In Heaven album. Yeah is a twelve second clip of Freddie saying Yeah. Track13 is a twenty three minute long instrumental track that is supposed to be Freddie's journey into heaven.
Submitted by: Melissa

"Another One Bites The Dust"
When this song is played backwards you can hear the phrase "its fun to smoke marijauna" everytime the chorus says 'another one bites the dust'
Submitted by: Randy
"One Vision"
At the start there is a weird noise - speed it up and it is revealed as "God works in mysterious ways". Also, the last time he sings the title line it's actually "fried chicken".
Submitted by: A Stranger

"Prophet Song "
In the part that goes " now I know" over and over, backwards of course it says "won I won". The song has many tricks in it like that....I always wondered if there wasn't some competition going on between engineers or whomever.
Submitted by: Kurt Finguerra
"Another One Bites The Dust"
Forwards: Another one bites the dust Backwards: It's fun to smoke marijuna
Submitted by: Glenn Rousseau
"Don't Try Suicide"
During this 1980 B-side, if you listen to it backwards you hear drug-related things like "have a snort", "do a snort" and "I must have my speed". Odd, because the A-side was Another One Bites The Dust, which of course has drug-related messages...
Submitted by: A Stranger
"Ogre Battle (from Queen II)"
It's not actually a backwards mask, but rather a "palindrome" (e.g. level, noon). The opening part of the song, from the beginning until Freddie Mercury starts singing, sounds exactly the same whether played forward or in reverse.
Submitted by: P Smith

"(all of their albums up until The Game)"
More of a boast than a warning: "No synthesizers!")
Submitted by: Agrimorfee

A Night at the Opera 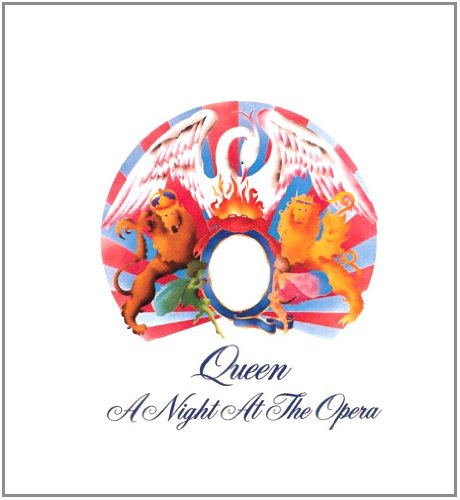 Night at the Opera, Deluxe Edition 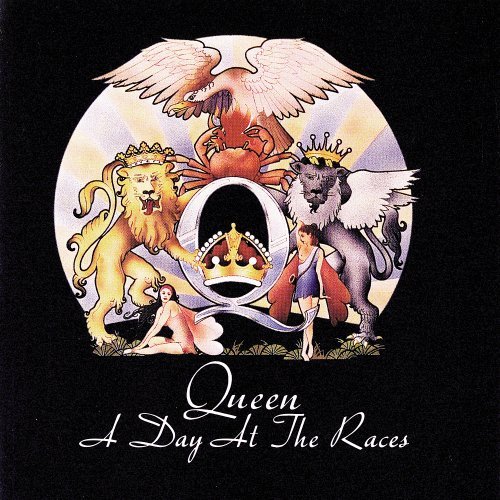 Day at the Races 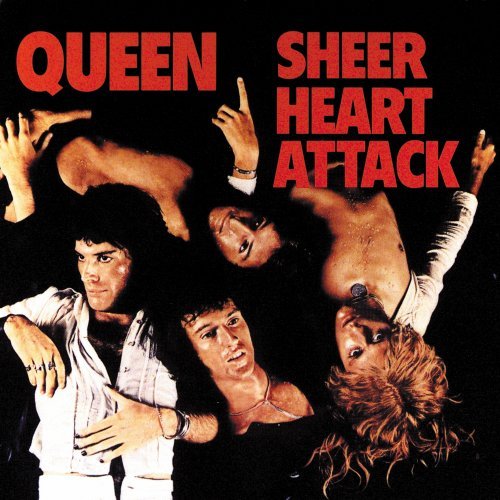 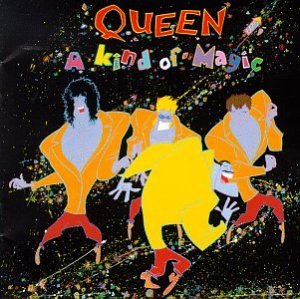 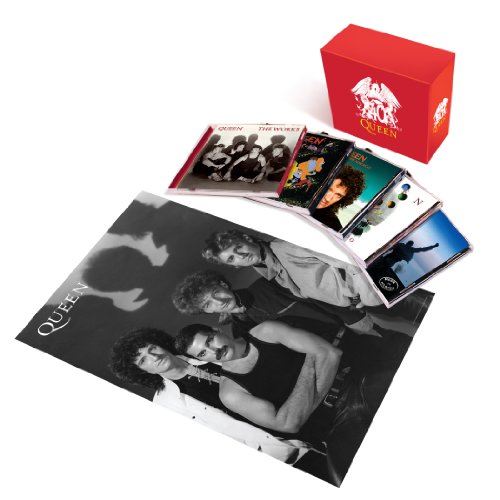 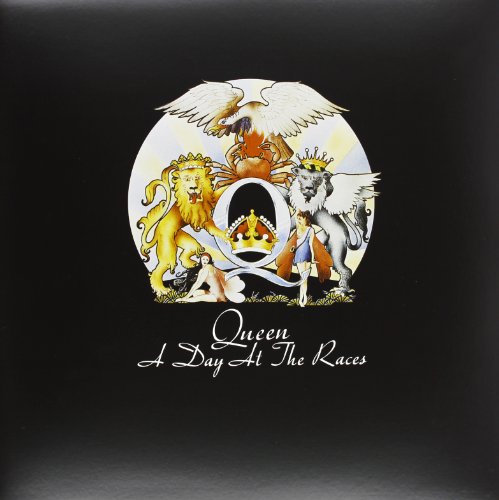 A Day at the Races [Vinyl]