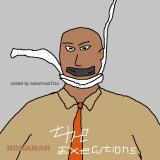 Known informally as: The "Who's That Girl". Submitted by: Parker Gabriel

There are additional Madonna song titles with a letter removed available.

There are additional Madonna song titles with a letter added available.

There are additional Madonna song titles with a letter changed available.

"Like the Craft" by Below Average Dave
a parody of "Like a Prayer" by Madonna
My tribute parody to the movie "The Craft"
Soundclick: (mp3)
(Leave a Comment)
"Ovacue" by someone that sounds like Madonna
a parody of "Masterpiece" by Madonna
This parody is about a woman trying to get pregnant using the Ovacue fertility monitor.
Soundcloud: (Soundcloud Player)
(Leave a Comment)

There are additional Madonna Combined Groups that haven't been done yet available.

"Like a Virgin"
Better Lyrics:
I'm refined
So polite
Trump is strong, but I'm third I'm told
I don't seem burned out
Yeah, I still got some clout
Must fire staff, be bold

Like a virgin, hey
Touched for the very first time
Like a virgin
With your heartbeat
Next to mine

"(EVERY SONG)"
I read that a Texas radio station banned her from being played because she said she thought of blowing up the White House.
Submitted by: mads
"American Life"
The music video was banned in the US because of its graphic criticism of US military activities in Iraq and elsewhere, as well as of the policies of George W. Bush. Apparently, the music video was quite popular in other countries.
Submitted by: Raphael
"Like A Prayer"
In spring 1989, a Pepsi commercial set to Madonna's song "Like A Prayer" is pulled after one airing because religious groups are offended by the song's accompanying video.
Submitted by: Peter
"Justify My Love"
The video to this song is Rated R.
Submitted by: Mickey D.

"Everybody" Length: 6:02
Now that is one of Madonna's longest songs! - ?!
Submitted by: William

Mad Donna Submitted by: Karen Smith
A kind of easy one....

Demonna originally "Madonna"
Pertains to the singer and not the Virgin Mother.
Submitted by: Shepop

"Vogue"
When I hear "What are ya looking at?" Backwards it is "Tacky butting ass" This only happens if you play it in iTunes, I'm not sure what happens in the part in the beginning if you listen to it on the CD.
Submitted by: William
"Like A Prayer"
Forwards: Life is a mystery! Backwards; Devil, I worship you!
Submitted by: Freddie

"Frenching Britney Spears on Stage at the 2003 VMAs"
Madonna, Britney Spears and Christina Aguilera were on stage at the VMAs. Suddenly, Madonna and Britney were French kissing each other while Christina was watching. You can never tell what these two will do for publicity.
Submitted by: Sheila Oh
"Mocking Christ"
On her 2006 tour Madonna did some provocative acts, as always. On the hit "Live to Tell" she is hoisted and strapped on a blue cross sculpture and wears a fake crown of thorns in imitation of the execution of Jesus Christ. This caused severe controversy all over the world. In Rome the Vatican and the local Muslim council wrote an open letter to her asking her not to reenact the Crucifixion scene. Madonna wrote back inviting Pope Benedict XIV to see her do it at the show. She did it anyway. After the tour ended it was figured to be the highest grossing tour revenue by a female star. She also said that the cross scenario was done to raise awareness of poor African children. Wellll....
Submitted by: It's Put Up Or Shut Up Time, Baby
"GLAAD Award for Anderson Cooper"
Gay advocacy group GLAAD says Madonna will present CNN's Anderson Cooper with an award for openly gay media professionals. GLAAD said recently that the singer has been chosen to give Cooper the Vito Russo Award at the 24th annial GLAAD Media Awards in NYC on March 16th.
Submitted by: Robert D. Arndt Jr.
"Anger Over Concert Smokers"
Madonna is known for speaking her mind, even if it means tongue-lashing her own fans on occasion. During a sound check at Chile's National Stadium the Material Girl spotted smokers and immediately voiced her displeasure, "There are people smoking here. No smoking!" Madonna scolded her Santiago followers. "If you are going to smoke cigarettes. I'm not going to do my show." But according to a video an an account in Santiago's El Mercurio newspaper, the encounter escalated as the fans continued to puff away. The show went on but Madonna was fuming mad. Fans have been divided over the right to smoke, some for and some against Madonna. Madonna views the smokers actions as disrespectful but the smokers say it's their country and she should respect that.
Submitted by: Robert D. Arndt Jr.

There are additional Madonna What A Band is Best Known For (aside from their music) available.

"Erotica"
Some of the album covers have Parental Advisory Ratings but everything bad on the CD is probably censored
Submitted by: William