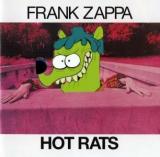 There are additional Frank Zappa Combined Groups that haven't been done yet available.

"Bobby Brown"
Banned in the US for the...overtly...sexual content
Submitted by: Evan
"Money"
Someone named Peter said that there's a Zappa song named Money from 1965. It doesn't exist and he was probably confusing it with "We're Only In it For The Money", which is not a song, but an album, and it was in fact heavily censored
Submitted by: PompadurSwamp
"I Don't Wanna Get Drafted"
In 1980, fearing association with its overt political theme, Mercury records refuses to release this Frank Zappa single.
Submitted by: Peter
"Jewish Princess"
In 1979, this Zappa parody sparks vocal protests to the FCC from the B'nai B'rith Anti-Defamation League.
Submitted by: Peter
"Let's Make The Water Turn Black"
In 1967 against his wishes, Frank Zappa's record company removes eight bars of this song. This occurs when a well-intentioned executive at Verve Records hears the lyric, "And I still remember mama with her apron and her pad, feeding all the boys at Ed's cafe." The executive thinks the referred-to "pad" is a sanitary napkin.
Submitted by: Peter

There are additional Songs That Are Banned available.

"Permanent injuries from a serious fall"
Zappa sustained permanent physical damage after he was pushed into an orchestra pit by an enraged fan in London, 1971. The incident knocked him unconscious and left him confined to a wheelchair for about a year; of course he only made four albums over that year! His singing voice was permanently lowered due to his windpipe being crushed in the fall, and one of his shattered legs healed shorter than the other - something which he referred to in the song "Dancin' Fool".
Submitted by: neptunevsmars

"Ya Hozna"
This is another song that is completely backwards! Words that can be discerned when played backwards include lyrics from Zappa's "Sofa Number 2", and some ecstatic speech from Moon Unit Zappa in her "Valley Girl" voice. Found on the album Them Or Us.
Submitted by: Agrimorfee

"Concert Antics"
In addition to tight musicianship, the Frank Zappa and Mothers of Invention concerts were renowned for wacky on-stage goofiness in concerts: from bizarre costume changes, to improvised theater, to simple repetitions of familiar phrases like "Book 'em Danno!" or "Mary Mother & Joseph!" Often Zappa would introduce "The Secret Word" for the evening, based on current events or whatever was happening with the band that day.
Submitted by: Agrimorfee

"Jazz From Hell"
In one of perhaps the stupidest examples of prior censorship, "Jazz From Hell" got slapped with an "explicit lyrics" label even though its content is PURELY INSTRUMENTAL!!! That meant it had NO lyrics at ALL. But then, Frank Zappa HATED absolutely EVERYTHING for which the badly-misnamed "Parents's Music Resources Center" stood anyway; one of his later albums was titled "Frank Zappa Meets The Mothers Of PREvention.' His best-remembered musical team, of course, was called "The Mothers Of INvention.'
Submitted by: Parker Gabriel
"Frank Zappa Meets The Mothers of Prevention"
"WARNING/GUARANTEE
This album contains material which a truly free society would neither fear nor suppress. In some socially retarded areas, religious fanatics and ultra-conservative political organizations violate your First Amendment Rights by attempting to censor rock & roll albums. We feel that this is un-Constitutional and un-American. As an alternative to these government-supported programs (designed to keep you docile and ignorant), Barking Pumpkin is pleased to provide stimulating digital audio entertainment for those of you who have outgrown the ordinary. The language and concepts contained herein are GUARANTEED NOT TO CAUSE ETERNAL TORMENT IN THE PLACE WHERE THE GUY WITH THE HORNS AND THE POINTED STICK CONDUCTS HIS BUSINESS. This guarantee is as real as the threats of the video fundamentalists who use attacks on rock music in their attempt to transform America into a nation of check-mailing nincompoops (in the name of Jesus Christ). If there is a hell, its fires wait for them, not us."
Submitted by: Agrimorfee We're Only in It for Money