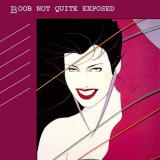 Known informally as: The Fab Five. Submitted by: ChuckyG

"A View To A Kill"
Better Lyrics:
Stick your hands into the fire
Original Lyrics:
Dance into the fire
Submitted by: I like the sims
"Rio"
Better Lyrics:
Movin up the field now, Botch You're a warrior of delight Condescending smile
I guess it adds to the fight With a step to your left and a shot to the right
You kill the baddies way out west You think you're nothing special But you look like you're the best.
Original Lyrics:
Movin up the floor now, babe You're a bird of paradise Cherry ice cream smile
I suppose it's very nice With a step to your left and a flick to the right
You catch the mirror way out west You know you're something special And you look like you're the best.
Submitted by: Navi
"Rio"
Better Lyrics:
Her name is Cleo, she's a psychic on TV
She'll tell your future and your horoscope for free
She uses Tarot cards, it's the future she can see
Oh, Cleo, Cleo, I think that you are phony
Original Lyrics:
Her name is Rio and she dances on the sand
Just like that river twisting through a dusty land
And when she shines she really shows you all she can
Oh Rio, Rio dance across the Rio Grande
Submitted by: lebeiW15
There are additional parody fragments available.

"du-ran du-ran
Named after Dr Duran in the movie Barbarella
Submitted by: Celeste

"Girls On Film"
Duran Duran had the dubious distinction of being the very first band to have one of their music videos banned by MTV.
Submitted by: Celeste

"Ordinary World" Length: 5:07
"Ordinary World" is track #2 on their self-titled album released in 1993. It reaching #3 on Billboard's Pop Chart, making them one of their biggest hit singles and also their return to the Top 40 of Billboard's Pop Chart after failure on their previous singles. Note that the version that lasting at 5 minutes and 7 seconds is the acoustic version of this song, which was slower than the original version.
Submitted by: Wisnu Aji

"Do You Believe in Shame?"
Dale Hawkins "Suzie Q" (covered by Creedence Clearwater Revival and The Rolling Stones) sued claiming it borrowed the basic melody.
Submitted by: ChuckyG

"strange esoteric lyrics"
It's common for a band's singer to write the lyrics - it's that way for Bono of U2, for instance and for DD's Simon Le Bon it's the same way. Songs like ''Hold Back the Rain', Union Of the Snake', 'The Reflex', 'Save a Prayer', 'Notorious', 'Is There Something I Should Know?', 'The Chauffer' ('sing blue silver' -WHAT?!!), 'Serious', 'View to a Kill', 'Cracks In the Pavement' ('my head is so full of chopstick / I don't like it' ROTF, LMFAO) and more. These are very catchy songs - a delight even now but the lyrical content is so STRANGE to say the least. Even the other Durans have said that they no idea what goes on in Simon's head when he writes the lyrics! Oh well. Simon Le Bon is no Simple Simon. He's a terrific poetic writer. Still, he uses such funny flowery metaphors and overall in several Duran Duran songs the lyrics MAKE NO SENSE. Anyway, I love Duran Duran and I'll take their strange lyrics ANYDAY over the crap that passes for lyrics today ('My Humps', yeeeccchhh).
Submitted by: Rio Is My Girlfriend
"Filming Their Earlier Videos In Exotic Locations"
Duran Duran filmed their earlier music videos in exotic locations such as Sri Lanka and South America.
Submitted by: Celeste
"Being Princess Diana's Favourite Band"
Duran Duran played the Prince's trust in 1983 to tens of thousands of screaming fans. Princess Diana talked to them and told them that she was a big fan.
Submitted by: Celeste
"Pre-Show Jam Sessions"
John Taylor, Roger Taylor, and Andy Hamilton all jam together before a show where they discuss about their favourite music.