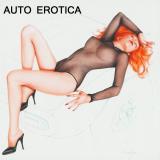 There are additional Cars Combined Groups that haven't been done yet available.

The Rocks originally "The Cars"
Submitted by: Coll Phillins

"Milkwood"
Ric O(t)casek and Benjamin Orr , both of Cleveland were in a hippyish folk band called Milkwood and they made one albumin 1972. It's now a collector's item. Ocasek and Orr then briefly formed a Daryl Hall and John Oates type acoustic duo then went to Boston to eventually get in a band that would become the Cars.
Submitted by: I Drove My Cah In Boston!