These are lyrics by The Cars that we think are kind of nonsensical. 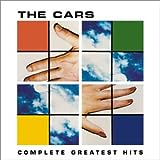 Cars - Complete Greatest Hits album at Amazon.com
The Cars', "Good Times Roll"
The Nonsensical Lyrics:
If the illusion is real, let them give you a ride.
Why They're Nonsensical:
If the illusion is real, then it's not an illusion. That phrase contradicts itself. An illusion, by definition, is something that's not real, so if you say that an illusion IS real, then that's an oxymoron.
Submitted by: Peggy Dishwasher
The Cars', "Just What I Needed"
The Nonsensical Lyrics:
I don't mind you hanging out
And talking in your sleep
It doesn't matter where you've been
As long as it was deep, yeah
Why They're Nonsensical:
So...does this mean that the Cars will be pissed off, or mind if I went somewhere like Wal-Mart for groceries instead of a philosophy group? Is that deep enough? How about below sea level? It's another one of those "I need a rhyming word so I'll just pick the first one that comes to me" lyrics.
Submitted by: Michelle C.
The Cars', "Magic"
The Nonsensical Lyrics:
Uh-oh it's magic,
when I'm with you.
Uh-oh it's magic.
Uh-oh it's magic.
When I'm with you.
Why They're Nonsensical:
That has got to be one of the cheesiest pick up lines in history.
Submitted by: Celeste