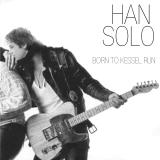 Known informally as: The Boss. Submitted by: ChuckyG

There are additional Bruce Springsteen Combined Groups that haven't been done yet available.

"Born In the U.S.A. (album)"
the album cover got criticism from some pundits because the picture focuses on Bruce's jeans - IOW, the picture zeros in on his fanny. Also because Bruce is standing in front of a giant U.S. flag (and he's facing it, we only see him from the rear), some nimrods suggested that he was taking a whizz on Old Glory. Just because you were born in the U.S.A. doesn't mean you have any sence.
Submitted by: Dancer In the Dark

"Depression"
He talks about it in his book called Born To Run and given that he's said his dad also had it and mental illness is partially genetic, it's not really surprising
Submitted by: dayna
"Slight limp"
He got this when he was involved in a motorcycle accident in his youth. This accident also gave him a minor concussion effect that kept him from being drafted during the Vietnam War.
Submitted by: GoCart Mozart

"Born In the U.S.A. "
That iconic album came out in 1984, like most albums at the time in LP and cassette form. However, a new format was slowly gaining ground. Japanese sonic engineers had been experimenting with sound/music 'compression' onto small encoded disks that get read by laser beams. The audio is encoded as a series of zeros and ones on a digital format and laser beam 'reads' this and you get better sonic clarity than anywhere else. That's right, it's the Compact Digital Disk. They first came out in 1981 and the following year became more available for popular artists. Some acts like Stevie Wonder and ELO also were starting to use digital tape recordings for even better quality. At first all 'CDs' were manufactured in Japan. Makes sence since the CD was invented by Japanese sonic engineers. Soon enough the first CD pressing plant opened up in America as the market widened. The first album to be manufactured in an American CD plant ironically enough 'Born In the U.S.A.' by Bruce Springsteen. That's right folks, the first US CD format issues of 'Born In the U.S.A.' were truly BORN IN THE U.S.A. and were not imported from Japanese factories like all the previous titles on CD. This was a historic first.
Submitted by: I Saw Bruce 4 Times

"She Broke the Mold"
After "The Devil's Arcade" which is the 11th and supposedly last track on his latest album, Magic, there is a 12th track. I'm assuming that's the title of the song. (Editor's note: I looked it up on Google, and the official title of the hidden track is "Terry's Song".)
Submitted by: JD

"Glory Days"
As the song starts to wind down guitarist Little Steven Van Zandt shouts out "Watch out, b*tch!", then Bruce kicks in with his "Alright!" and so forth.
Submitted by: Drink Til I Get My Fill

"Having a book title named after a song lyric"
I don't know if it's well - known but Stephen King took the name for The Stand from a line in Jungleland.
Submitted by: dayna
"A Future "Friends" Star Pulled Up On His Stage"
Courtney Cox, one of the stars of Friends, appeared in Bruce Springsteen's video Dancing In The Dark. She was in the front row during Bruce's LA stop on his Born In The USA tour with her friends when Bruce offered Courtney his hand, pulled her up on stage, and started dancing with her. "Hey baby!"
Submitted by: Celeste
"Boycotting North Carolina Over Bathroom Laws"
Bruce Springsteen canceled his band's concert in North Carolina over the state legislature's anti-transgendered law.
The law in North Carolina prevents transgender people from using the bathroom of the gender that they identify with.
Submitted by: Celeste
"vocal cords insured by Lloyd's of London"
he's got his gruff voice protected
Submitted by: GruffRuffTuff

Slinky toys
Because they're springs.
Submitted by: Lance Crackers