There are additional Sting song titles with a letter added available.

There are additional Sting song titles with a letter changed available.

There are additional Sting Combined Groups that haven't been done yet available.

Submitted by: Stranger In A Strange Land

"She's Too Good For Me" Length: 2:30
Only 2 and a half minutes long, but a really great song!
Submitted by: Larcen Tyler

"Jeremiah Blues (Part 1)"
OK, where's Part 2?
Submitted by: Dream Policeman
"Love Is the Seventh Wave"
No word on what the first six waves are
Submitted by: Todd W. Zimmerman

Bring on the Night 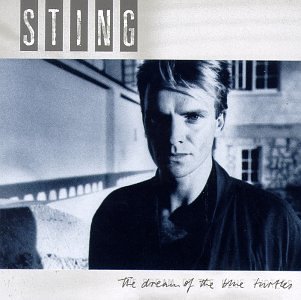 The Dream of the Blue Turtles