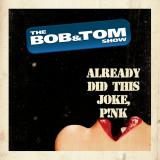 There are additional Pink song titles with a letter removed available.

There are additional Pink song titles with a letter added available.

There are additional Pink song titles with a letter changed available.

"Putrid Ghoul" by AmIRight All Stars
a parody of "Stupid Girls" by Pink
written by Matthias, recorded by Below Average Dave for an upcoming Matthias production
soundclick: (mp3)
(Leave a Comment)
"I Am Afraid of Heights" by Matthias
a parody of "So What" by Pink
Below Average Dave records Matthias AmIRight Idle Winner "I Am Afraid of Heights" Congratulations, and look out for more recordings of his in the near futures.
badave.com: (mp3)
(Leave a Comment)

There are additional Pink Combined Groups that haven't been done yet available.

I blow off homework and skip school

And all, for this

If someone said 3 years ago,

(But) I could spend forever

And ever - (on) YouTube
Original Lyrics:
Remember when we were such fools,

And so convinced we're just too cool?

If someone said 3 years from now,

I'd stand up and punch them out

'Cause they're all wrong

'Cause you said forever

And ever - Who knew?
Submitted by: Jonathan S.
There are additional Pink parody fragments available.

KPIN Submitted by: Orville Beddenrocker
Country music station in Pinedale, Wyoming
Nik P. Submitted by: Keira Dayley
Not great, but the best I could do.

"Dear Mr President"
Unofficially banned. Jimmy Kimmel fought to allow her to perform this song on air. Most radio station say that they can't really even mention it on air.
Submitted by: Kathryn

"Calling Out Her Ex-Husband In Her Music Video"
Pink made the video for her new single So What and focused on all of the things that her now ex-husband Carey Hart did to her. The funny thing is that Carey was in on the joke.
Submitted by: Celeste