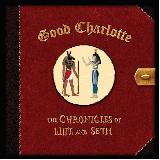 "Profile: A Macho Ignoramus" by Jeff Reuben
a parody of "Lifestyles Of The Rich And Famous" by Good Charlotte
Looking for an intelligent, polite, stable man through internet dating? This is not him!
http://www.jeffreuben.com: (mp3)
(Leave a Comment)
"The Answer" by Me
a parody of "The Anthem" by Good Charlotte
Hey ya'll. Now I seen alotta you bein so blasphemous on here against my songs, but when things get rough, do you really want an answer or not? Check out this one. its not as funny as it is truthful, but you make the call.
Parabolic Parodies: (Mp3)
(Leave a Comment)

There are additional Good Charlotte Combined Groups that haven't been done yet available.

"Meet My Maker/Falling Away"
In The Chronicles of Life and Death album there is a hidden track found in the last song. In the Life version is is found at the end of "Falling Away" and in the Death version it is found at the end of "Meet My Maker" Its a few minutes after the song and the hidden track is called "Wounded"
Submitted by: Elizabeth
"Wounded"
After a few minutes of silence on the end of The Chronicles of Life and Death, following Meet My Maker (on the Death version, anyway. If it is on the Life version, it would be following whatever is labeled as a 'bonus track').
Submitted by: Mel