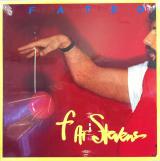 There are additional Cat Stevens Combined Groups that haven't been done yet available.

Glue it together!
Original Lyrics:
Morning has broken,

"All Recordings"
As I recall, many L.A. radio stations (and others accross the U.S.) refused to play, and even made media events of noisely destroying ALL their Cat Stevens records after reports came out that he told his students in England that, yes, as a devout Muslim, he was obliged to fulfill the fatwa against Salman Rushdie, i.e. kill Mr. Rushde, if he had the opportunity. Not exactly the sweet, loving Cat Stevens I remembered. Mr. Rushdie became the subject of a fatwa after his book "Satanic Verses" was published which was considered blasphemous by the Muslim community. According to Wikipedia, the fatwa cannot be rescinded since the Ayatollah Khomeini, who issued the fatwa, is the only one who can rescind it but is no longer living.
Submitted by: Bridgette

"Tea For The Tillerman" Length: 1:01
This little ditty, which closed the album of the same name, used to freak me out as a kid with all those people singing "For that happy day!" at the very end.
Submitted by: JD
"The Wind" Length: 1:41
A nice little song that opens the Teaser album. The song was used in the movie Almost Famous.
Submitted by: JD

HITS: "Home In The Sky"
Unfortunately, this wasn't one of his biggest hits
Submitted by: MOR

"Converted to Islam"
Cat Stevens converted to Islam in 1978 and is now under the name Yusuf Islam. Yusuf is Arabic for Joseph.
Submitted by: Paul Warren
"His alleged "Death To Solomon Rushdie" statement"
After Solomon Rushdie released his book Satanic Verses; Cat Stevens was being interviewed made the mistake of saying that "the penalty for blasphemy against the muslin religion is death." Many people who saw Cat on TV thought that he was saying "Kill Rushdie" but Cat went on to clarify his statement saying that he was new to the muslin faith and never meant what he said as an incentive to "kill Rushdie."
Submitted by: Celeste
"Traded in Mid-Season"
"Pulled the ultimite "360". Abruptly left the music world, sold off all his material goods, and now makes money for that ol' peace-nick known as Osama bin Laden
Submitted by: princejellyfish

Footsteps in the Dark: Greatest Hits 2 The Very Best of Cat Stevens