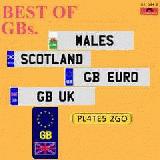 "Stayin' Apart" by Unsubscribe Below
a parody of "Stayin' Alive" by BeeGees
How to live life in COVID-19 times... with style (and face masks, and hand sanitizer).
YouTube: (YouTube Video)
(Leave a Comment)
"Quarter to Five" by Gianni Parmesiani
a parody of "Stayin' Alive" by The Bee Gees
The winner of round 5 of the AmIRight Idol, Quarter to Five--written by Gianni Parmesiani and sang by Below Average Dave
badave.com: (mp3)
(Leave a Comment)

There are additional Bee Gees Combined Groups that haven't been done yet available.

"Lonely Days, Lonely Nights"
Better Lyrics:
Good morning dirty laundry, you darken up my day... inside the hamper in your way.
I see you every morning, inside the laundromat... detergent pours so nonchalant.
Laundry days, laundry nights... where would I be without my clothing!
Original Lyrics:
Good morning Mr. Sunshine, you brighten up my day... come sit beside me, in your way.
I see you every morning, outside the restaurants...
the music plays so nonchalant.
Submitted by: Robbie G
"Too Much Heaven"
Better Lyrics:
Fire is a terrible thing
Original Lyrics:
Love is such a beautiful thing
Submitted by: Isac
"Jive Talkin'"
Better Lyrics:
Trump talkin'
On airwaves despised, sad
Trump talkin'
Talk of rapists are lies
Trump talkin'
You're just a rich dude, mad
Trump talkin'
Racist with a bad attitude

Be Geese Submitted by: Elsie Greer

"Odessa" Length: 7:33
This was when the Bee Gees has gone more symphonic.
Submitted by: Paul Warren

"With all Nations (International Anthem)" Length: 1:47
It's too bad that the Bee Gees didn't do any more classical pieces after the album 'Odessa'.
Submitted by: Paul Warren

""How Deep Is Your Love" "
In 1983 , the Bee Gees were sued by a Chicago songwriter named Ronald Selle. In "Selle vs Gibb " Selle claimed that they stole the melodic material of his song " Let It End" , and used it on "How Deep Is Your Love ". The group lost the case , but the verdict was overturned a few months later .
Submitted by: Matt Nicholls The Bee Gees - Their Greatest Hits: The Record