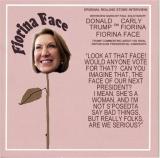 LITA: "Love In The Afternoon"
As in Lita Ford.
Submitted by: MOR

Straw Bra Bison originally "Barbra Streisand"
Okay, now I know I have too much time on my hands.
Submitted by: Peter

"Her Nose"
...Which was prominent in movie posters for "A Star Is Born".
Submitted by: shepop

Beaches
Because "sand" is in her surname.
Submitted by: MOR