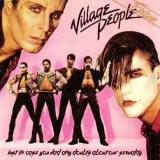 "Win The Navy" originally "In The Navy"
Is that possible?
jonny

"US ARM E" by Cattus Magnus
a parody of "YMCA" by The Village People
John Kerry bashes our troops
My Space: (mp3)
(Leave a Comment)
"(It's Fun to Play in the) LPGA" by Spaff.com
a parody of "YMCA" by Village People
Lyrics were posted last week - here's the recorded "upgrade." Thanks for your comments! - Robert Lund
Spaff.com: (MP3)
(Leave a Comment)

There are additional Village People Combined Groups that haven't been done yet available.

"I Ain't Got Nobody"
Better Lyrics:
Please, I don't want Ebola
Well it's - a - painful deadly disease
Victims are majority
Says Sanjay and CDC
Hard to believe... why bring Brantly???
Original Lyrics:
Cause I ain't got nobody
Well it's - uh - nobody cares for me
There's nobody cares for me
Cause I'm so sad and lonely
Sad and lonely, sad and lonely
Submitted by: Robert D. Arndt Jr.
"Y.M.C.A."
Better Lyrics:
It's fun to occupy Southern Ukraine
It's fun to occupy Southern Ukraine
16,000 Red Army troops have been deployed
Ethnic Russians are NOT annoyed

"Their outfits"
They have always worn costumes on stage. There's a Native American, a Cowboy, a Construction Worker, a Biker/leather-man, a Cop, and a Soldier. The soldier, however, is sometimes dressed as a sailor (if they're going to do "In the Navy")
Submitted by: Ra'akone
"Costumes And Performing In Gay Bars"
They were named after Greenwich Village, New York, which has a large gay/male cross-dressing population.
Submitted by: Disco

the YMCA
they don't even need a new jingle
Submitted by: Rychendroll

20th Century Masters - The Millennium Collection: The Best of the Village People

The Best of Village People