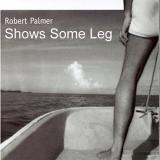 "Soon Black And Giant Blue" by Mark Scotti
a parody of "Bad Case Of Loving You" by Robert Palmer
My dedication for my boy in blue, The Giants, taking on the Patriots in the Superbowl.
youtube: (Windows Media)
(Leave a Comment)
"Addicted To Porn" by Lynman
a parody of "Addicted To Love" by Robert Palmer
A parody lyrics by Stan Good. He was inspired in Addicted to love song popularized by Robert Palmer. Arranged and performed by Lynman The concert clip is lifted from Robert Palmer concert in Japan. The lyrics of this song is included in the you tube page information. Enjoy
You tube: (Windows Media Video)
(Leave a Comment)

"Addicted To Love"
Romantic comedy in '97- 12 yrs after Palmer hit
Submitted by: Matt S (Hoboken)
"Simply Irresistable"
From what I've heard, the movie was anything but.
Submitted by: Brian Kelly Sneakin' Sally Through the Alley The Very Best of the Island Years