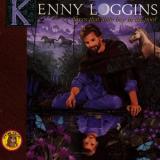 Known informally as: King of the 80s Movie Soundtracks. Submitted by: KL Fan

"Conviction Of The Heart" Length: 6:56
It begins with his daughter talking, then a brief instrumental interlude and then the song starts.
Submitted by: KL Fan

"House At Pooh Corner"
At one point you hear laughing in the background.
Submitted by: Travis

Outside From the Redwoods