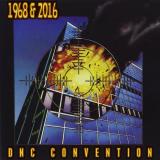 There are additional Def Leppard Combined Groups that haven't been done yet available.

Both: "Bringin' On The Heartbreak"
Well, the song involves two people.
Submitted by: Scandia

"Release Me"
Def Leppard has put out their box set CD Collection Volume One, which collects all their 80s albums and their 1979 debut EP AND a bonus live CD together. On top of that there is a rarities disc of B-sides, single edits, remixes and more. One of those rarities is a B-side to the hit 'Rocket' (a cover of Englebert Humperdinck's 1967 hit 'Release Me') that was recorded by the band with a guitar tech at the vocals and this was issued out not under the Def Leppard name but as by 'Stumpus Maximus and the Good Ol' Boys'. Strange enough, that song itself went to #6 on the pop charts in Greece. Anyway, I was playing this CD in my car and my stereo was telling the song title and artist on the display (every track was listed as being by 'Def Leppard' until this song came on) and then my stereo indicated that the track was 'Release Me' by 'Stumpus Maximus and the Good Ol' Boys'! The liner notes state that this song was done as a prank and a backstage gimmick by the band and let me tell you, folks - it's AWFUL. Absolutely horrid. I love Def Leppard and I've seen them live twice but this recording - yeeeccchhh!!!
Submitted by: Too Much Beer Can Make You Do Dumb Things

"Rock Of Ages"
In the guitar solo of the song, one can faintly hear incoherent mumbling. After some investigation, I learned that they were the words "Brezhnev's got Herpes" and "F*** the Russians!". Makes sense considering the time period.
Submitted by: carly_carlz
"Rocket"
The reversible lyrics, "we're fighting for the gods of war"; the "Gods of War" chorus part was used reversibly throughout the instrumental break of the song, and the very beginning.
Submitted by: Mickey D.

"3 Shows, 3 Continents, 1 Day"
Def Leppard entered the Guinness Book of World Records by performing three concerts on three continents in one day (Tangiers, Morocco; London, England; and Vancouver, Canada) - October 23, 1995. Africa, Europe, North America. Is this what Prince had in mind when he wrote 'Around the World in One Day'?
Submitted by: Major Jet Lag City Boy
"RCA Logo Parody"
The debut album from Def Leppard is the 'Def Leppard EP' released in 1979 and the album cover is a parody of the painting His Master's Voice (the logo used by RCA which depicts a dog named Nipper listening to a Victrola record player), with a leopard in place of the dog.
Submitted by: Hearing Leopard
"War Coverage"
At the outro of "Gods Of War" ,a song which is about nuclear war, there is TV / radio broadcast coverage featuring sound bites from Ronald Reagan and Margaret Thatcher and bomb and missile attacks from the 1986 U.S. war with Libya the year before.
Submitted by: Roc Bird
"Cheesiest. Video. Ever. (Rock of Ages)"
In one part, Joe (I think) his holding a sword, puts it down, and it turns into a guitar.
Submitted by: JeReMy