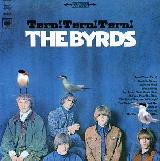 "Mr. TSA Man" by Professor Incubus and Patrick McWilliams
a parody of "Mr. Tambourine Man" by The Byrds
Special thanks goes out to Patrick McWilliams for allowing me to record this parody.
Soundclick: (Soundclick)
(Leave a Comment)

There are additional Byrds Combined Groups that haven't been done yet available.

"Eight Miles High"
Banned for "drug" references although appears to mention flying in an airplane, "Waiting for touchdown". Banned by the Old Scotsman Gordon McClendon on all his stations
Submitted by: Ernesto Ramos PhD
"Eight Miles High"
This song was on the 'Do Not Play' lists in 1966 since many people believed that it was about drugs, but the real lyrics were about the Byrds trip to London.
Submitted by: Paul Warren

Sweetheart of the Rodeo (Exp)