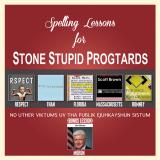 There are additional Stone Temple Pilots Combined Groups that haven't been done yet available.

"Fire Band's Co-Founder"
Singer Scott Weiland said he learned that he'd been fired by the Stone Temple Pilots when the band released a one-sentence statement to the media recently. "I learned of my supposed 'termination' from STP this morning by reading about it in the press. Not sure I can be terminated from a band I founded, fronted and co-wrote many of the biggest hits, but that's something for the lawyers to figure out." The statement by the band said: "Stone Temple Pilots have announced that they have officially terminated Scott Weiland." No other information was provided. Weiland, 45, has dealt with drug addiction, run-ins with the law, and two failed marriages. He released his memoire "Not Dead & Not for Sale" in 2011. Weiland said he was focusing on his solo tour, which kicks off in Flint, Michigan.
Submitted by: Robert D. Arndt Jr.