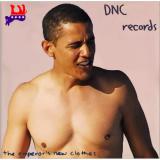 "The Lion And The Cobra (Album)"
The cover of the American release of this album showed Sinead o'Connor in a far less aggressive pose than the cover of the international release, as record company executives thought it would be more enticing to American consumers.
Submitted by: GlamRockNinjaLord

"NOT ALLOWING U.S. NATIONAL ANTHEM TO BE PLAYED"
IN 1990, SHE THREATENED TO CANCEL A SHOW AT NEW JERSEY'S GARDEN STATE ARTS CENTER TO PROTEST A POLICY THAT THE U.S. NATIONAL ANTHEM "THE STAR SPANGLED BANNER" BE PLAYED BEFORE EVERY CONCERT THERE. SHE WAS CRUCIFIED BY THE MEDIA AND THE PUBLIC AS A RESULT. FRANK SINATRA EVEN STATED HE WANTED TO "KICK HER IN THE ASS".
Submitted by: SUTCH
"Ripping-up a picture of Pope John-Paul II"
In 1992, Sinead O'Connor appeared on "Saturday Night Live" and sang a rendition to Bob Marley's "War". Originaly, she was supposed to show a picture of an African Child, but instead insisted on using The Pope instead. When Sinead tore-up a picture of Pope John-Paul II, she was booed-off by the audience, some who watched the show called NBC, and others destroyed her albums as well as not play her songs.
Submitted by: Paul Warren
"Defacing His Holiness in effigy on live television"
During a performance on Saturday Night Live, she pulled out a photograph of Pope John Paul II and tore it in half.
Submitted by: Raphael