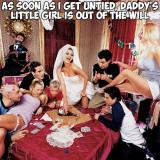 "Allergic" by Matthias
a parody of "Addicted" by Simple Plan
The bad relationship between a hot girl and guy who is allergic to her, but wants to stay with her because she likes him and she's really, really hot.
www.badave.com: (MP3)
(Leave a Comment)

There are additional Simple Plan Combined Groups that haven't been done yet available.

"Music for Scooby Doo"
They did the theme for cartoon "What New Scooby Doo" and they do the majority of the music for the show.
Submitted by: Travis

No Pads, No Helmets...Just Balls

No Pads, No Helmets...Just Balls

Still Not Getting Any...

Still Not Getting Any... Still Not Getting Any Welcome to My Life