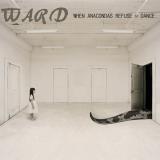 "Boom"
After 9/11, this song made a list of many songs that Clear Channel Communications deemed inappropriate after the September 11, 2011 terrorist attacks. The list was very controversial and considered banning this song, seven songs by AC/DC, "Falling for the First Time" by The Barenaked Ladies, four songs by Alice in Chains, four songs by The Beatles, "Crash into Me" by Dave Matthews Band, "Bodies" by Drowning Pool, three songs by Elton John, four songs by Metallica, every song by Rage Against the Machine, "Click Click Boom" by Saliva, and other songs that mentioned airplanes, explosions, falling, crashing, dying, etc. Also, it included Alien Ant Farm's cover of "Smooth Criminal", but not the original by Michael Jackson.
Submitted by: JeReMy The Fundamental Elements of Southtown