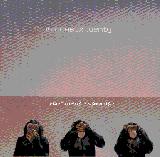 "You Won't Be Mine"
After the song ends... keep listening because there is an instrumental version of the song.
Submitted by: carly_carlz
"So Sad So Lonely"
After The Difference on the album More Than You Think You Are. *Track title according to Wikipedia*
Submitted by: Mel More Than You Think You Are