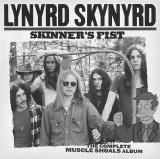 "Password" by Jim Rotondo
a parody of "Freebird" by Lynyrd Skynyrd
Tribute to the classic game show hosted by Allen Ludden. Features tire pump solos and 2 bonuses at the end.
YouTube: (YouTube Video)
(Leave a Comment)

"Simple Man"
Better Lyrics:
Mama told me
When I was young
To use a plunger
It works better
Than going elbow deep in the dung
Original Lyrics:
Mama told me when I was young
Come sit beside me, my only son
And listen closely to what I say
And if you do this it'll help you some sunny day
Submitted by: Derek Larson
"Sweet Home Alabama"
Better Lyrics:
Well, I heard Mr. Tong sing about them.
Well, I heard ol' Will put 'em down.
But I hope Will Tong can remember.
Republicans don't need him around anyhow.
Original Lyrics:
Well, I heard Mr. Young sing about her.
Well, I heard ol' Neil put her down.
But I hope Neil Young can remember.
A Southern man don't need him around anyhow.
Submitted by: Aaron

"Sweet Home Alabama "
Not banned per se, but during the piano riff at the end of the song, someone shouts an almost unintelligible line and ends it with "G**d*mn!" Some radio stations have opted to remove the swear.
Submitted by: Bob

AIL: "Am I Losin'"
Submitted by: Candy Welty

"Outta Mel In High Dodge" originally "Outta Hell In My Dodge"
However THAT's supposed to work!
Submitted by: Renee Keener

"NUTHIN' FANCY"
WRITTEN AROUND THE MIDDLE OF THE ALBUM, JUST BEFORE THE LABEL, THERE IS AN INSCRIBED MESSAGE ON BOTH SIDES - SIDE ONE - Brian "please call home, Linda and I are sick with worry" - Al. SIDE TWO - Brian - "Disregard last message" - Al - I'm not sure of the story behind this, or even who Brian is!!
Submitted by: B-3
"Sweet Home Alabama"
At the start of the second verse, just after Ronnie Van Zant sings "Well I heard Mr. Young sing about it", turn up the volume - and you know what I mean, VERY loud - to hear another band member singing the phrase "Southern Man". Then, for the rest of the gap and after the next line, you'll hear the same member singing more of the Neil Young song of the same name. They originally recorded the part from "Southern Man" to refer to Neil Young, but they later decided to leave it out so as not to annoy him. It was, in the end, left very deep in the mix.
Submitted by: A Stranger

One More from the Road