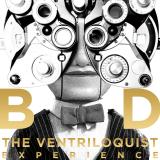 There are additional Justin Timberlake Combined Groups that haven't been done yet available.

"Can't Stop the Feeling"
Better Lyrics:
I've got a fever of one hundred one
I'm staying in bed, but it's not fun
I have hot flashes all of the time
I'm throwing up, I'm sleeping, permanently in my bed
Original Lyrics:
I got this feelin' inside my bones
It goes electric, wavy when I turn it on
All through my city, all through my home
We're flyin' up, no ceilin', when we in our zone
Submitted by: Ian
"sexyback"
Better Lyrics:
i need a maxi pad
Original Lyrics:
im bringin sexyback
Submitted by: white trash
"Cry Me A River"
Better Lyrics:
My whole face has burnt
And now it's my turn to hide
The man in the mirror
Man in the mirror
Original Lyrics:
The bridges were burnt
And now it's your turn to cry
Cry me a river
Cry me a river, girl
Submitted by: Danny in London

"Rocky, Our Body " originally "Rock Your Body"
Well, Timberlake is getting older. Isn't he?
Submitted by: George Straitjacket

"Cry Me A River"
Banned by the producers of YTV's Hit List because of its sexual content.
Submitted by: Celeste

LILY: "Like I Love You"
Submitted by: Edyth Bowen

"Assisting in Super Bowl wardrobe malfunction"
Justin Timberlake assisted Janet Jackson during her performance at the halftime show of Super Bowl XXXVIII, where he exposed Janet's nipple after he sang "hope to get you naked by the end of this song".
Submitted by: Paul Bunions

Where Is the Love