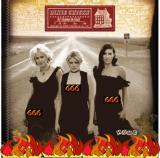 There are additional Dixie Chicks Combined Groups that haven't been done yet available.

"All of their songs"
Many country music stations refused to play Dixie Chicks songs (and rightfully so I think) after the Chicks' insulting remarks about President George W. Bush after the atrocities of the 9/11 terror attacks that massacred thousands of Americans here in the U.S. This went on for years when the Chicks refused to apologize for their comments and also resulted in the Dixie Chicks and Toby Keith trading public insults in interviews and on social media. I'm sure it's still happening in a lot of places because I know I haven't heard any country stations in my area play any Dixie Chicks songs on the radio in several years. Way to destroy your career, LOL.
Submitted by: Edward

"Their Political Views"
Or rather it was Natalie Maines's political views that caused a lot of contreversy.
At a concert in France Natalie Maines blurted out to a crowd at a concert in France that she was "embarrassed that President Bush is from the state of Texas" which prompted protests, public steam rollings of their CDs, death threats, and Radio station bans of the Dixie Chicks's music.
Submitted by: Celeste Shouldn't a Told You That Top of the World Tour 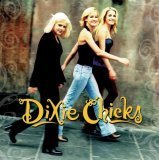