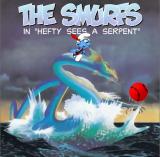 There are additional Asia song titles with a letter changed available.

"Only Tim E Will Tell" originally "Only Time Will Tell"
Submitted by: Peter

As Ai Submitted by: Kimberly Townsend
Ai = a species of sloth of northern South America
As A.I. Submitted by: Robert D. Arndt Jr.
A.I.= Artificial Intelligence
'A' Is 'A' Submitted by: Justin Burr
depending on what the meaning of the word "is" is
Is Aa Submitted by: Norman Cornelius
Aa = blocky, slow-flowing lava

"Predicting the Future"
In "Wildest Dreams" there are references to wars being broadcast live on TV by the "VJs". Asia the band formed in 1981 and this prediction occured 10 years later when the 1st Iraq War was on all TV channels 24/7. The lyrical reference to "in the evening we watch" what the VJs show is a reference to wars being broadcast as entertainment for airchair warriors. Asia predicted this sick sad phenomenae years before it reared its ugly head.
Submitted by: War Is Not A Game

Travelling Asia
I have always wanted to travel Asia.
Submitted by: Travis