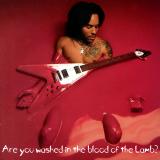 Ken R., Lazy In TV Submitted by: Timmy O'Toole
Sounds odd, I know. But it's the best I could do.

FA: "Fly Away"
Submitted by: Peter

"Famous Actress Mom"
Roxanne Kravitz was an actress who broke color boundaries on the 1975-1985 TV sitcomb "The Jeffersons". She portrayed the black wife of a white man - a pioneering role in American television. Her son Lenny Kravitz is a famous rocker and when his first expired he put out a killer hits compilation and started up his own label - named ROXIE RECORDS, INC. after his mother, who passed away around Y2K.
Submitted by: Super Soul Fighter

Are You Gonna Go My Way