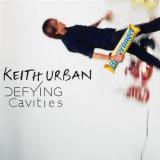 TOM: "Think Of Me"
Submitted by: Candy Welty