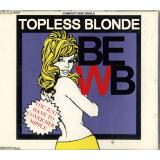 There are additional INXS song titles with a letter removed available.

There are additional INXS song titles with a letter added available.

There are additional INXS song titles with a letter changed available.

There are additional INXS Combined Groups that haven't been done yet available.

I hereby release this couplet to our Tolkien-worshipping Parody Authors to make use of it as they see fit. :)
Submitted by: Agrimorfee

"in excess
I used to think that the band name looked like it was pronounced "inks".
Submitted by: B1982

"Original Sin"
"Dream on white boy, white boy
Dream on black girl, black girl
And wake up to a brand new world ...." some people thought that this promoted interracial love. Some radio stations in America didn't play it much if at all. INXS was playing a gig in an Austin, Texas club and some yahoo tossed a revolver onto the stage with a message of "appreciation for your (recent) music".
Submitted by: INXS KIX ASS!
"The Gift"
Banned by MTV due to graphic violence and there is a message @ the start saying in my own words this video contains distubing material that offend parental discretion is advised for minors. [Ed.'s note: I wonder why we even need these advisories anymore since the TV-MA rating was supposed to end all that.]
Submitted by: Iesha
"Guns In The Sky"
Hutch rails about weapons in outer space and all the economic waste and inequality and the superstar worship that diverts people's attention away from the problems that plaque planet Earth (still holds true today, doesn't it? It's worse than ever!).Then he slams it all with the line, "Well I'm sick of it! It's a load of s***!". That last word is either blanked (video and radio) or replaced with clashing cymbals.
Submitted by: INXS is Heaven Sent

There are additional INXS Names as a Word Bank available.

"Kick (album)"
On the #2 hit "New Sensation", which is the second track on the megaplatinum hit album "Kick" Hutch Man shouts "Trumpet!" but the horn solo is done on a saxophone instead. However, on the album's title track a trumpet appears.
Submitted by: INXS Kicks Azz All The Time!

"INXS Debuts On the Day Elvis Died"
INXS (as the Farris Brothers) played their very first gig together at a hippie-surfer joint in north Sydney on August 16, 1977. That day was INXS guitarist Tim Farris' 20th birthday and also the day Elvis Presley died. The set included covers of hits from the Rolling Stones, Roxy Music and Bob Marley.
Submitted by: INXS KIX ASS The Best of INXS Welcome to Wherever You Are