The Shirelle Kings
The Shirelles combined with Elle King
A gender bender of a name
Submitted By: Gretchen Wieners

"Will You Still Love Me Tomorrow?"
The song was banned by some stations for being sexually suggestive.
Submitted by: Barry Disbrow

WAS: "Wild And Sweet"
Submitted by: Candy Welty

"Baby, It's You"
1983 film starring Rosanna Arquette
Submitted by: She 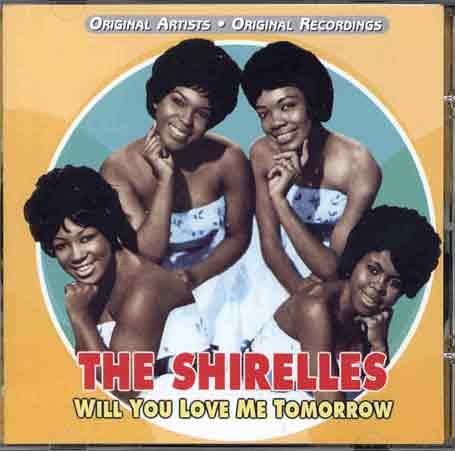 Will You Love Me Tomorrow