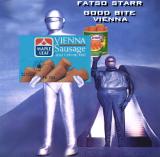 "Autograph" by Mark Scotti
a parody of "Photograph" by Ringo Starr
I wrote this parody after Ringo went on a rant in October 2008, stating that he was no longer signing autographs. I sent it in to a radio station, who's staff produced and played the song on the air the very next day..
YouTube: (Windows media)
(Leave a Comment)

There are additional Ringo Starr Combined Groups that haven't been done yet available.

"No No Song"
Banned by a few radio stations in the U.S. in 1975 because of its mentioning of marijuana and cocaine. This was even though the lyrics say that the singer used to use these drugs but doesn't use them anymore. The song still managed to become a #3 hit in the U.S.
Submitted by: Kayanne

""Peace and Love" Moment"
The former Beatle marked his 72nd birthday on July 7th by holding a "peace and love" moment at noon. He asked people worldwide to do the same thing at 12 o'clock in their time zones. The idea came to him in 2008 and he has been doing it ever since. The idea has caught on via the internet, Starr receiving positive comments from Europe, Asia, and other places in the world that have taken up the practice. Starr is currently touring the US with his 13th All Starr Band.
Submitted by: Robert D. Arndt Jr.
"His nose"
He had the biggest nose in the Beatles
Submitted by: jdizzy

Blast From Your Past