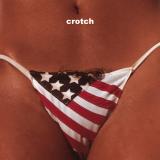 The Southern Harmony and Musical Companion Three Snakes and One Charm