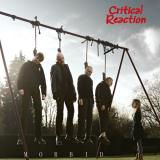 "Peaches"
A song about girl-watching, banned because of its content (about a lecherous boy watching girls on a beach), and because of the word "clitoris" in context (although it was pronounced in a non-standard way, to almost rhyme with "guitarist") Also has mentions of the S word. A toned down version was made for UK radio airplay.
Submitted by: Ra'akone Peaches: The Very Best of the Stranglers