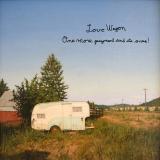 There are additional Relient K Combined Groups that haven't been done yet available.

"Skittles And Combos" Length: 1:25
On this hidden track from the band's 2001 album 'The Anatomy Of The Tongue In Cheek', Matt Thiessen sings about how much the band loves the two title foods. (Personally, I find them a little too preservative- and dye-laden for my taste.) [Note to editor: Re-submitting this because on previous submission stated that singer was, I thought, being facetious.]
Submitted by: Jonathan S.
"Crayons Can Melt On Us For All I Care" Length: 12 seconds
Submitted by: Laynie
"Skittles and Combos" Length: 1:25
Matt Theisen facetiously sings about how much the band loves Skittles and Combos, and that the fans should bring some to their next show.
Submitted by: Jonathan S.
"The Only Thing Worse Than Beating A Dead Horse..." Length: 01:08
The full title is, "The Only Thing Worse Than Beating A Dead Horse Is Betting On One." From their fourth album, 'Mmhmm.'
Submitted by: Jonathan S.
"Five Iron Frenzy Is Either Dead or Dying" Length: 00:28
Dedicated to Five Iron's Passing. They played it at the last show in Denver, CO. A Touching moment.
Submitted by: Misanthroptk

"Silly Shoes"
A stupid freestyle rap with them rapping about pizza parties, the Fresh Prince of Bel Air, and rhyming with orange.
Submitted by: RK_FAN_FOREVER

"Silly Shoes"
Noticed song was mistitled on my entry. Please remove entry.
Submitted by: Jonathan S.
"Skittles And Combos"
On their 2001 album "The Anatomy Of The Tongue In Cheek", this track plays after a minute and a half of silence following the closing track ("Less Is More"). While listening to it on headphones, you'll notice the sound keeps alternating between the left side and right side. The lyrics consist of Matt Thiessen expressing his love for artificially-colored and -flavored lumps of sugar and cheese-filled cracker tubes.
Submitted by: Jonathan S.
"Silly Shoes"
After "Jefferson Aero Plane" on the "Two Lefts Don't Make A Right...But Three Do" album, there is a song called "Silly Shoes", which is Relient K rapping about random stuff.
Submitted by: JeReMy
"Less Is More"
At the end of The Anatomy of Tongue and Cheek a few minutes after "Less Is More" there is a hidden song about the band's love for skittles and combos.
Submitted by: Valerie

There are additional Hidden Tracks available.

"Mood Rings"
After the song ends, Matt Thiessen can be heard in the background saying "That was terrible".(in reference to the closing lyric: "The complex infrastructure known as the female mind").
Submitted by: Jonathan S. The Anatomy of the Tongue in Cheek Two Lefts Don't Make a Right.. But Three Do Two Lefts Don't Make a Right... But Three Do