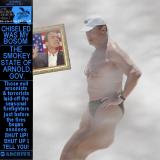 "Fire"
Banned by the BBC during the Gulf War
Submitted by: Evan

"Fire" Length: 2:54
"Fire" is track #3 on their self-titled album released in 1968. It reaching #2 on Billboard's Pop Chart. Making them their biggest hit single to date.
Submitted by: Wisnu Aji