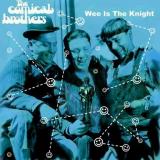 "Playground For A Wedgless Firm" Length: 2:31
Submitted by: All-Starr
"No Path To Follow" Length: 1:04
Repetitive lyrics, but each time they are made more clearer.
Submitted by: Lee Brothers Gonna Work It Out: A DJ Mix Album