There are additional Butthole Surfers Combined Groups that haven't been done yet available.

"Eiffel -- O The Sham!" originally "The Shame Of Life"
Something About the Eiffel Tower is a sham?
Submitted by: Trina Lufkin

"The Aim: Shove Life" originally "The Shame Of Life"
Submitted by: Marge Pegram

"Pepper"
If you have listened to the track "Pepper" by the Butthole Surfers, you may notice that in one part of the song there is some gibberish. Play it backwards, and you get the chorus of the song.
Submitted by: Hector
"Creep In the Cellar"
On the album "Rembrant Pussyhorse" on the song "Creep In The Cellar" the entire song is played over the song being played backwards. Not very interesting, but it is there.
Submitted by: Wade Brock
"The Revenge of Anus Presley"
In the song "The Revenge of Anus Presley" there is a backwards message which says "There is a time to live, and a time to die, but I smoke Elvis Presleys toenails when I want to get high". It is on the album "Brown Reason to Live".
Submitted by: Wade Brock 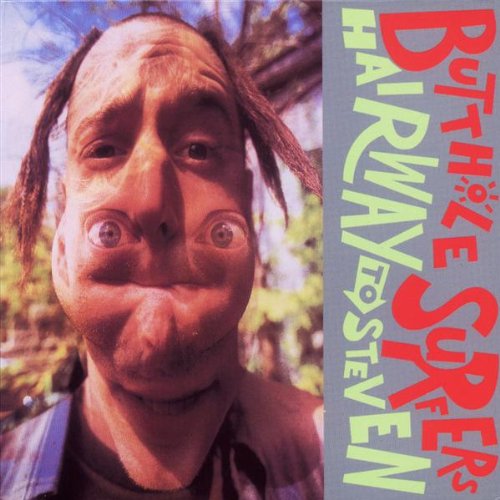 The Hole Truth...and Nothing Butt