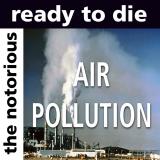 "U.N. Believable" originally "Unbelievable"
Not always or by everybody.
Submitted by: George Straitjacket

"Autopsy Report Release Controversy"
An attorney for the family of Notorious B.I.G. said recently it's "ridiculous" that LAPD have not arrested anyone for the rapper's 1997 killing, which has returned to the spotlight after coroner's officials released a long-sealed autopsy report. The report revealed that injuries caused by a single bullet killed the rapper, whose real name was Christopher Wallace. Wallace, during a drive-by shooting in 1997, was hit by 4 bullets after leaving a music industry event. One bullet hit his heart, left lung, and colon, causing his death, the 23 page report states. The attorney, Perry Sanders criticized police for not closing one of LA's highest profile unsolved murders, especially since he had been told that police knew who was responsible. Police spokesman Richard French declined to comment, saying Wallace's killing was still an open investigation. Most believe it was the East Coast-West Coast rap rivalry turned deadly in the 1990s. Wallace's killing came months after Tupac Shakur was was gunned down in Las Vegas.
Submitted by: Robert D. Arndt Jr. Ready to Die: The Remaster