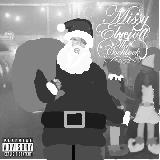 Missy Persons
Missy Elliott combined with Missing Persons
Just walking in L.A. to get ya' freak on!
Submitted By: Rafeal De La Ghetto

"Take A Way" originally "Take Away"
Submitted by: Loree Dare

"Work It"
In the chorus, after the line"put my thing down, zip it and reverse it" you hear the same line backwards. Also, during the middle of the song, after "Listen up close while I take you backwards", you hear "Watch the way Missy like to take it backwards" in reverse. Cryptic!
Submitted by: A Stranger This is Not a Test