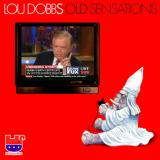 Also known as: Lewis Allen Reed (Firbank). Submitted by: under

He said "hey ya Yogi, take a walk on the wild side

And Ranger Smith goes..."
Original Lyrics:
Said "hey babe, take a walk on the wild side"

He said "hey honey, take a walk on the wild side

And the coloured girls go..."
Submitted by: Mickey D.