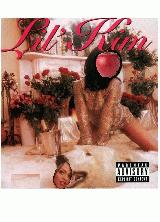 "How Mandy Licks" originally "How Many Licks"
Jessica Junderworth

There are additional Lil Kim Combined Groups that haven't been done yet available.

"Lying To Police and Obstruction of Justice"
Lil Kim whose real name is Kimberly Jones was tried and convicted of lying to the police stemming from an incident in which her rap entourage was shooting at a rival rap entourage. No Matter What They Say