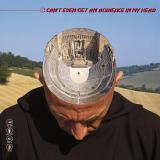 There are additional Dream Theater Combined Groups that haven't been done yet available.

"In The Name Of God"
At 5:51 there is a Morse Code message which, translated into English, says, "Eat my a** and balls".
Submitted by: A Stranger Metropolis Part 2: Scenes from a Memory