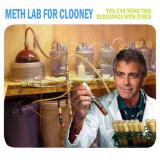 There are additional Death Cab For Cutie Combined Groups that haven't been done yet available.

Limousine Companies
See what happens when you take your girl in a taxi
Submitted by: JC Foster
Company that sells hearses.
Since a hearse is a "Death Cab".
Submitted by: Peter We Have the Facts and We're Voting Yes You Can Play These Songs with Chords