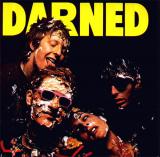 "Al One A Gainor" originally "Alone Again Or"
Submitted by: Rocky