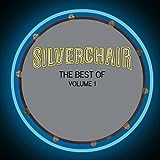 Why They're dated:
It's 6 years later and now they're in the 'Where the hell are they now?'? Files.
Submitted by: Celeste
Silverchair's, "Anthem for the Year 2000"
The dated Lyrics:
We'll make it up to you

in the year 2000 with you.
Why They're dated:
It's 7 years later and they still haven't "made it up to us."
Submitted by: Celeste