Song Parodies -> "The Hebrew And The Arab"

"The Farmer And The Cowman"

"The Hebrew And The Arab"

Despite intense persuasion by international leaders, Palestinian President Abbas asked the UN to declare his people a nation, in an attempt to bypass direct negotiations with Israel. This request likely will pass the Security Council but be vetoed by the US. Following TOS, I wonder why they all just can't get along.
The Arabs and the Hebrews should be friends.
Palestin-yans and Israelis should be friends.
One man wants his Statehood now,
The other likes to trace God's vow,
But that's no reason why they can't be friends.

I'd like to say a word for the Hebrew:
He built out West Bank, made a lot of changes.

He claimed our West Bank, built a lot of fences,
And built 'em right across our battle ranges.

The Hebrew is a good and peaceful citizen,
No matter what the Arabs say or think.
You seldom see him linkin' up a war room
Unless somebody else is on the brink.

I'd like to say a word for the Arabs:
They'll goad for peace talk if the Hebrews start it.
They bide their days to see every Hebrew in Red Sea,
Assured there'll be no Moses there to part it!

The Hebrew should deal cautiously with the Arab;
If he slides by a checkpoint bent on slaughter,
Won't treat him like a guest, send him to eternal rest,
Reassured that virgins after life are hotter!

The address of this page is: http://www.amiright.com/parody/misc/oklahoma2.shtml For help, see the examples of how to link to this page. 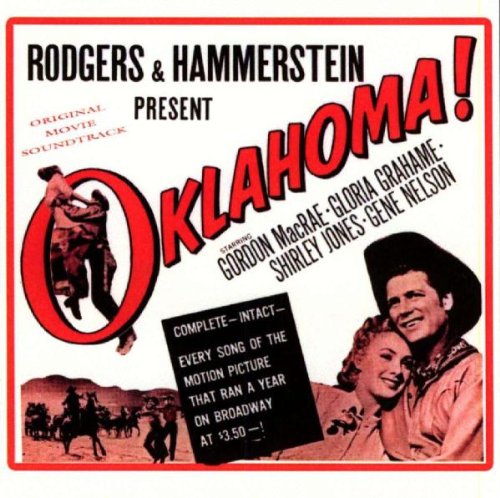