"Does Your Chewing Gum"

On all the political blogs out there, the language sometimes gets very salty and the vitriol flies hard and fast (and hot, and sticky and--well, see Pandagon for the details, but I should warn you in advance that this hate-crazed feminut's preferred way of expressing herself brings the salt in "salty language" to a whole new level). Now this is all protected free speech and if wallowing in your hatred for God and man alike helps all you nutroot leftards out there blow off a little steam, jolly good for you. Just remember that there are several good reasons why Ann Coulter's career is as a columnist, and not as a staffer on somebody's campaign. Bear in mind also that many of them are the same reasons why no one in his right mind could afford to hire you. The following composition is, of course, sung from the point of view of that most incredibly clueless candidate, John Edwards himself.
Oh me! Oh my! We're screwed
Over a blogger feud;
Stuck it to ya,
A dab of that'll do ya.
I'd give a lot of dough
If only I could know
Why all you drunken, inbred,
Redneck fundies hate me so!

So God's all sticky white; (Ha ha!)
The Bible-humping right-- (Ha ha!)
How could they fault her
If she crapped on someone's altar?
All of Pandagon's swearing
Never meant a blessed thing!
But as my ratings begin to sink,
Backfire begins to sting!

Now the newsmen rise as one
To condemn what she's done--
No, not Miss Marcotte,
But the gal who called me "faggot"
Still, you've wrecked my intent
To be the Pres-I-dent;
So now to all you Christians
I must make this great lament:

"Who do I gotta spray spirit on
to get a break with you folks!?"
(Once more!)

Won't you bumpkins vote for--

"Kerry and Obama,
And Mark Foley from the right!"

Won't you rollers vote for--

"Would you go for a Playstation
When it's Christmas time?

"I'd sing to you about it,
But it wouldn't really rhyme."

Won't you suckers vote for me?
"Yeah!"

[A shrill mob of leftard bloggers leaps to its feet and shrieks its approval.]
Incidentally, I happen to know someone who knows someone who's running for President right now, and I've even done a little paperwork for this someone in the past. If he ever asked me to be a regular staffer, though, I'd have to decline, for the same reason any outspoken partisan with half a brain would: telling your enemies in elaborate detail what you really do think of them is never a winning campaign strategy, and I do that on quite a regular basis. For that matter, I don't think anyone on this site would make a good staffer--which is why I would like to encourage every one of you leftards to go attach yourself to someone's political campaign. Your candidates need to be reminded as depressingly often as possible just what kind of people they're supposed to be representing.
Previous Parody Added to the Site | Next Parody Added to the Site

The address of this page is: http://www.amiright.com/parody/misc/lonniedonnegan0.shtml For help, see the examples of how to link to this page. 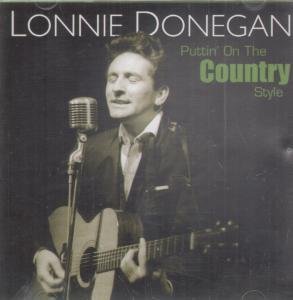 Puttin on the Country Style