"The White Cliffs Of Dover"

"The White House Turned Over"

With Obama's poll numbers falling and the real cost of his health plan coming to light, it might be time for some optimism, like the British expressed during the dark days of WW II in this song, among opponents who might sing this parody after Congress mortgages the US presidential residence and grounds for cash, and has no more collateral to offer.
When the Blues turn over
The White House lawn's clover
To borrow, trust loan rate is free.*

Then Cal's Governator
Will cease to be greater
At borrowing yuan and rupee.

The Left wards won't spend us deep
In valleys of gloom again.
The Gimmies will moan and weep
In their own little wombs again.

When Barack's term's closing,
The might shifts, disposing
Our sorrow, busting Statists' glee.

The debt curve will bend, less steep,
As factories boom again,
And Jimmy Carter will keep
To peanut brittle farming then.

While the Blue herds wonder,
The Right clips their plunder
Tomorrow, just you wait and see.
* or "due date's '13." Rhymes with "Dover" are scarce, but I considered "bend over", "pushed over", "rolled over" and "stepped over" to describe a typical US citizen's position under the current Administration and Congress.
Previous Parody Added to the Site | Next Parody Added to the Site

The address of this page is: http://www.amiright.com/parody/misc/katesmith11.shtml For help, see the examples of how to link to this page. 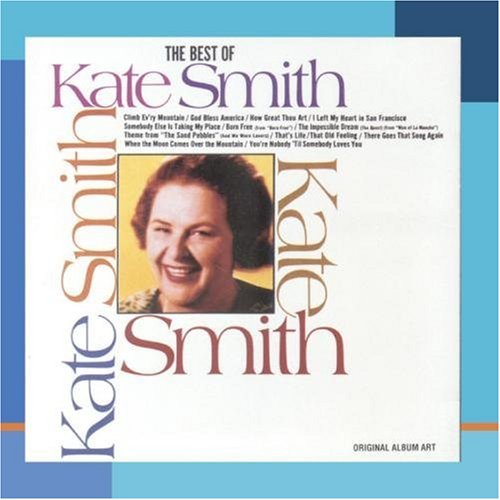