Supreme Court nominee Elena Kagan so far has parried all thrusts while revealing as little as possible about her strong Progressive bent. Will any Senator penetrate her smokescreen in these hearings? My song about this charade is based on TOS. President Obama might sing the original about her, merely changing "love" to "gov"; but I would hope that my last-line wish comes true.
Marxist Elena, you're skilled dancer in your chair.
Marxist Elena, can you be a judge who's fair?
Supreme court choice disliked by many who dissent,
By those who fear your heart can seek more government.

Marxist Elena, say how you will play your part.
Marxist Elena, make me think you're smart.
This government's been lately stuffed too blue;
Prepare to stumble and to fall, unmasking you.

All people are born alike - except Republicans and Democrats.

I read in the newspapers they are going to have 30 minutes of intellectual stuff on television every Monday from 7:30 to 8. to educate liberals. They couldn't educate liberals if they started at 6:30.

It isn't necessary to have relatives in New Jersey in order to be unhappy.

Liberal politics is the art of looking for trouble, finding it everywhere, diagnosing it incorrectly and applying the wrong remedies.
Tommy Turtle - July 02, 2010 - Report this comment
She hasn't said anything *at all* about her views, except to quote Thurgood Marshall: "Do what you think is right, and let the law catch up". ..... Uh. Mr. Marshal and Ms. Kagan need to read their job descriptions. Their job is to *follow* the law, apply it to the case in front of them, as the *facts* require, and leave the lawmaking to the body appointed by the Constitution to make laws: Congress.

But what would either of those two -- or any liberal -- know about the Constitution?

555, and I'd read, vote, and comment much more often on your parodies, Barry, if you'd more often acknowledge someone's taking the time to do so. (and maybe read one or two of mine that tickle you, *once in a while*?) ... Do I have to become Michael Pacholek II to get a reply from you?

@ Groucho Marx: Have we met somewhere before? :-)
GM @ TT - July 02, 2010 - Report this comment
Met before what? Both of us may meet before a kangeroo court for our views if they don't quit kicking the constitution to the curb and tossing it under the bus. I am sure that we have passed one another in cyber space and exchanged views and greeting more than a few times. What's the woid?
Old Man Ribber - July 02, 2010 - Report this comment
X Marx the spot! First, it's great to see the return of BJM. Second, Eric Holder??? Why stop there? Why not the Get Fox Czar Anita Dunn? Why not her husband and White House Counsel Robert Bauer...to place politics COMPLETELY above the law? Why not Informaton Czar Cass Sunstein (enough said)? But in the end, there can only be one choice...Rahm Emanuel! I can envision a dissent by Rhambo...a dead fish wrapped in the decision papers addressed to "You Retards"! ;D
Barry J. Mitchel - July 02, 2010 - Report this comment
CiNJ: That's the new New Jersey spirit; good to know that it's not just the new governor!
GM: I volunteer my 2 grandsons, each aged 5; I hope that they escape government school indoctrination. Dittos to your astute summary of liberal politics!
TT: She admitted no propensity to strike down legislation empowering the food police or speech-thought-text-political money police. I'm sorry if I've slighted you, as I've benefitted from your tutorials (I hope) and welcome your critiques. Sometimes I vote on your parodies without comment; I'll correct that.
Barry J. Mitchel - July 02, 2010 - Report this comment
OMR: Thanks for your reminder that the nominee could have been even farther left; you're so right!
Guy - July 02, 2010 - Report this comment
Barry - Get those grandsons on that plane ASAP. I so agree with this parody. ALthough not funny, nor was it meant to be it sure drives the point home and the fact that it is so short makes it just that, short, blunt and to the point. I can't vote on this one since I have already done so as of yesterday and I may have left a few comments already as well. There is no love lost between me and MP. We have kind of a love/hate relatiionship. He sometimes really surprises me with good comments but when he goes off, he goes off. The bantering between he and I has been going on since the summer of 2003 off and on. I like your write.
Mark Scotti - July 02, 2010 - Report this comment
Great one(parody...that is..). Remember the last one... http://www.amiright.com/parody/60s/julieandrews124.shtml
Barry J. Mitchel - July 03, 2010 - Report this comment
Guy: My grandsons' fathers (sons-in-law) are liberal, so I'd need to kidnap the boys! BTW, it's "between him and me" but keep up the banter with MP.
MS: Thanks for the link, your parody's length is the antithesis of mine!
Constance Tucson - July 04, 2010 - Report this comment
"Who'll tear your cover, reveal all, unmasking you?" fits the last line of TOS even better.

The address of this page is: http://www.amiright.com/parody/misc/jimmydorsey0.shtml For help, see the examples of how to link to this page. 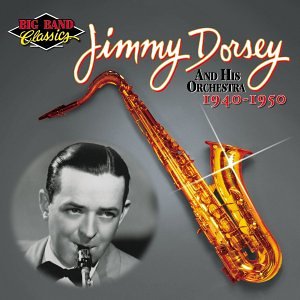 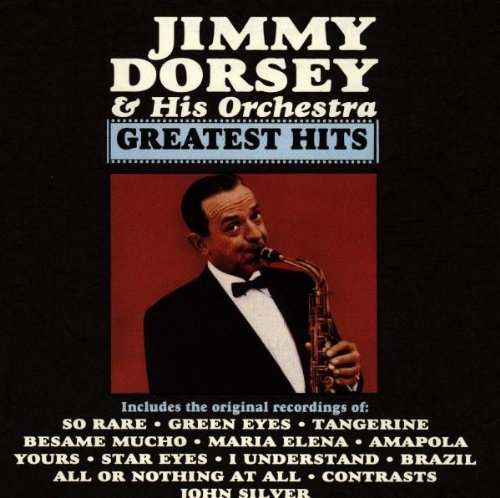 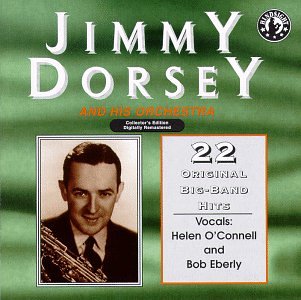